It was a strange day. There were no children's voices, no laughter. Just strange honking noises coming from further away. The little mouse was slowly awakening. It sniffed around, did not quite notice what was wrong at first.Only when it left it's home it saw the big park and suddenly realised the emptiness.
There were no children's voices and no laughter. There were no children. Not one single boat with a child was floating the the waters of the big sea. The statues of the penguins were slowly shaken by the wind. No one was playing on them today.
The mouse was struck, it did not move. It suddenly felt alone, empty. This could not be! It ran over to the big wheel, right next to the monorail. From far away still, it could see, nothing was moving. The wind was moving the wheel a little, but there were no children. No children with ice cream, no children begging their parents for just one more ride. There was no more ride. No children. What had happened?
The wheeel screeched in the wind, it was already begining to corrode, to die.
A sign had been left at the entrance to the operator's cabin, it was just as if everyone had run away. Run away for good. The little mouse checked out the monorail, but no one was riding that either. The cars were just standing there, as they had been left the evening before. The mouse didn't even bother to visit the carousel. It just went for the entrance, ran over empty grass. With picknick tables, without children.
The entrance to Happiness Land did not give answers, just the sad sight of one small girl crying in front of the closed gates. 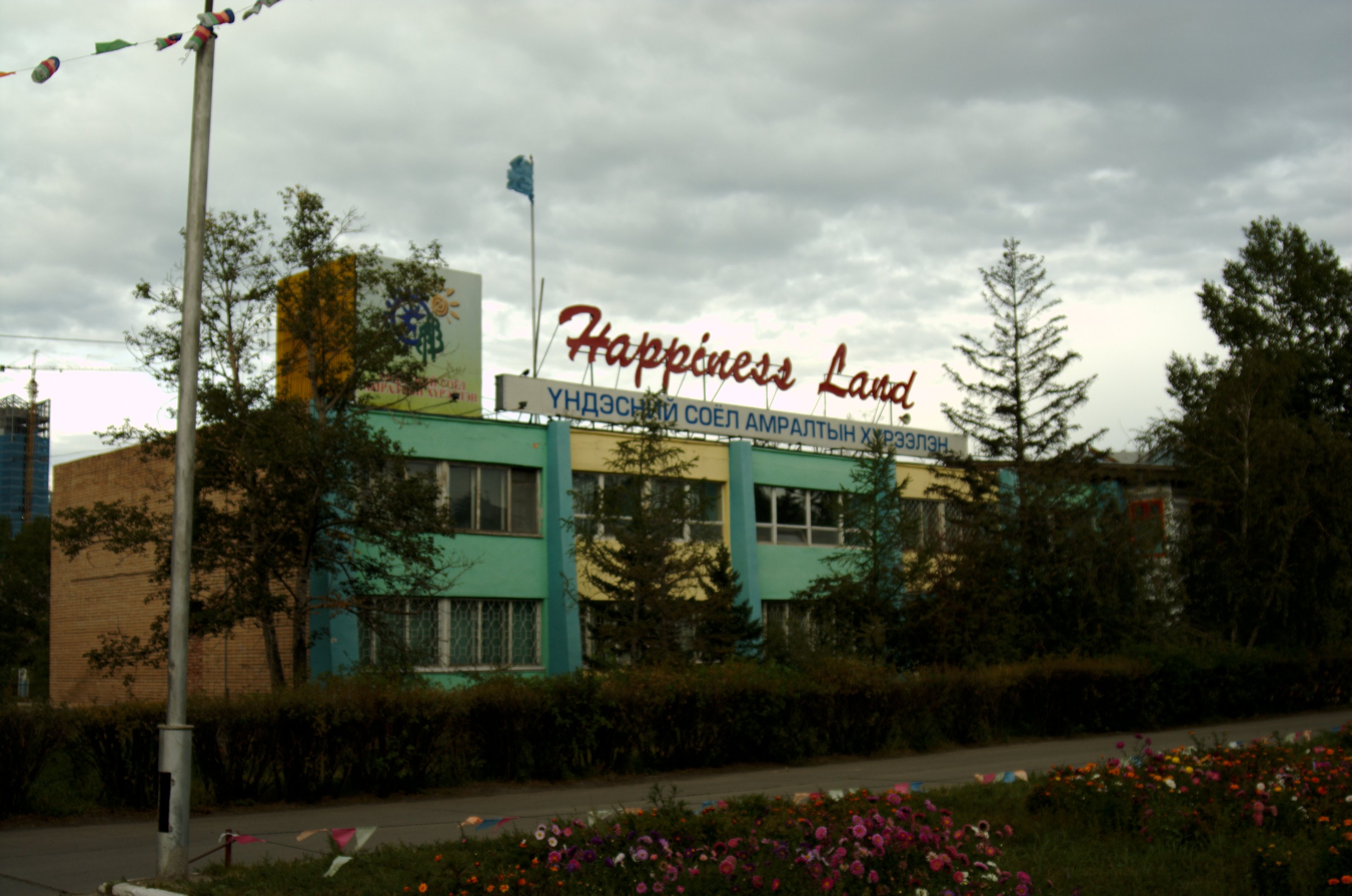 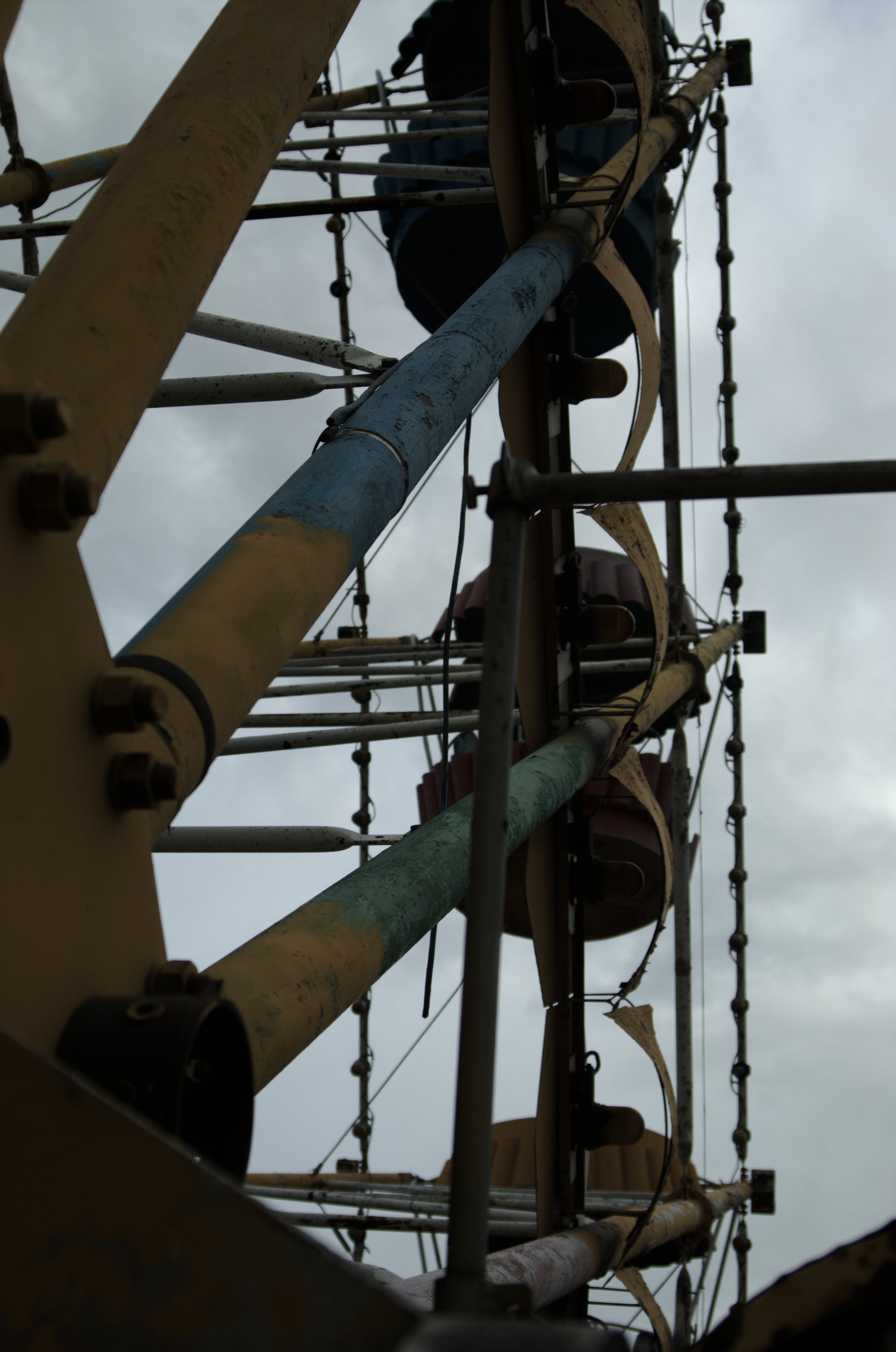 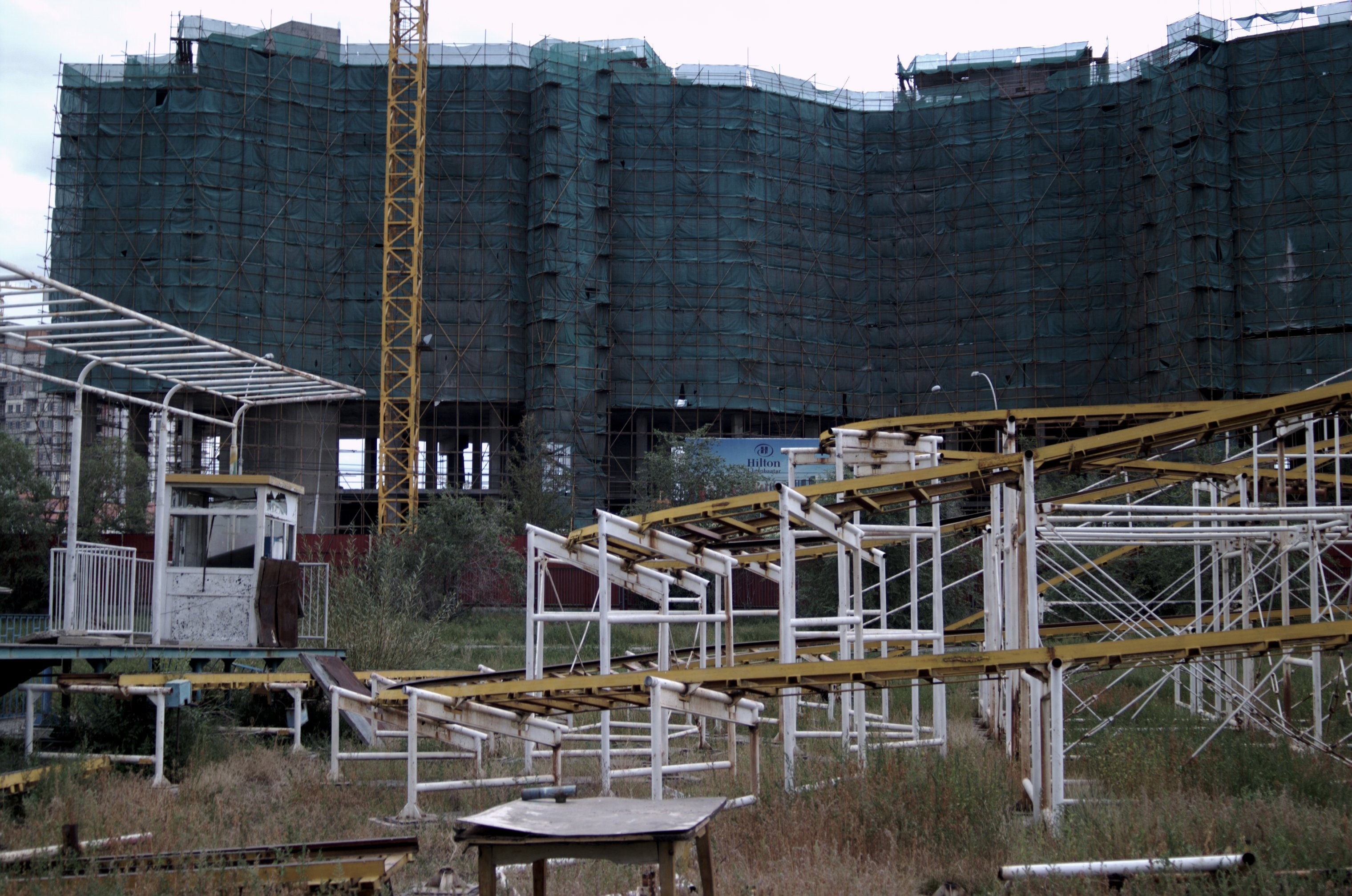